For this SEM teardown article, we’re focusing on Stripe. Stripe is a well-known payment service provider founded in 2010. It stands out by focusing on the developer experience of integrating payments into webapps.  Stripe competes with other tech payment processors, such as Paypal/Braintree and Square.
Stripe has been running SEM since 2 years after it was founded. The payments space is competitive. CPCs run over $4, over 2-4x the average cpc cost of $1-2.  Assuming that Stripe’s landing pages convert at 5%, then that’s an average lead cost of $80. If 10% of those leads become customers, that’s $800 CAC  (Customer Acquisition Cost.) What does that mean? It’s very important that Stripe be focused on finding keywords and landing pages that convert.

Stripe ranks for a lot of words, but only 321 (see lower left) make it to the first page of organic results. Even those on the first page might not be at the top, and so Stripe might be losing significant, high quality traffic.  If all 321 words were added to paid search, Stripe would now be showing closer to the top of the page for those words, and could realize a significant boost.

Here are the keywords that Stripe is most focused on, by the number of ad variations they’re running:

A few things stand out here. While Stripe is focused on key “head” terms for its industry, like “payment systems” and “online payments”, it is also devoting a lot of effort to “sending money”, which shows its developer focus. A search for “stripe sending money” leads to an older page on how to send money to debit cards.
Also notable is which keywords are the most expensive and the least. “How to accept credit card payments” is a keyword that offline payment processors bid heavily on, which is probably not a great fit for Stripe’s online only focus. Conversely, “payments on line” is the lowest cost keyword, where Stripe doesn’t have competition from offline merchants.

Let’s look at some of the ads they run. This is Stripe’s ad for “Online Payments”

This ad strikes me as arrogant. Why? It assumes you are familiar enough with Stripe that they don’t have to explain how they help you “scale faster”. They don’t lay out clear benefits. On the plus side, they do use Site Extensions (links), one of which “Transparent Pricing” seems like a good idea for people researching pricing of vendors.
Compare that to Wells Fargo’s ad:

Wells’ value proposition is much clearer – it offers companies different payment options they can give to their customers, as well as additional benefits like 24/7 support, mobile payments, and next day funding. 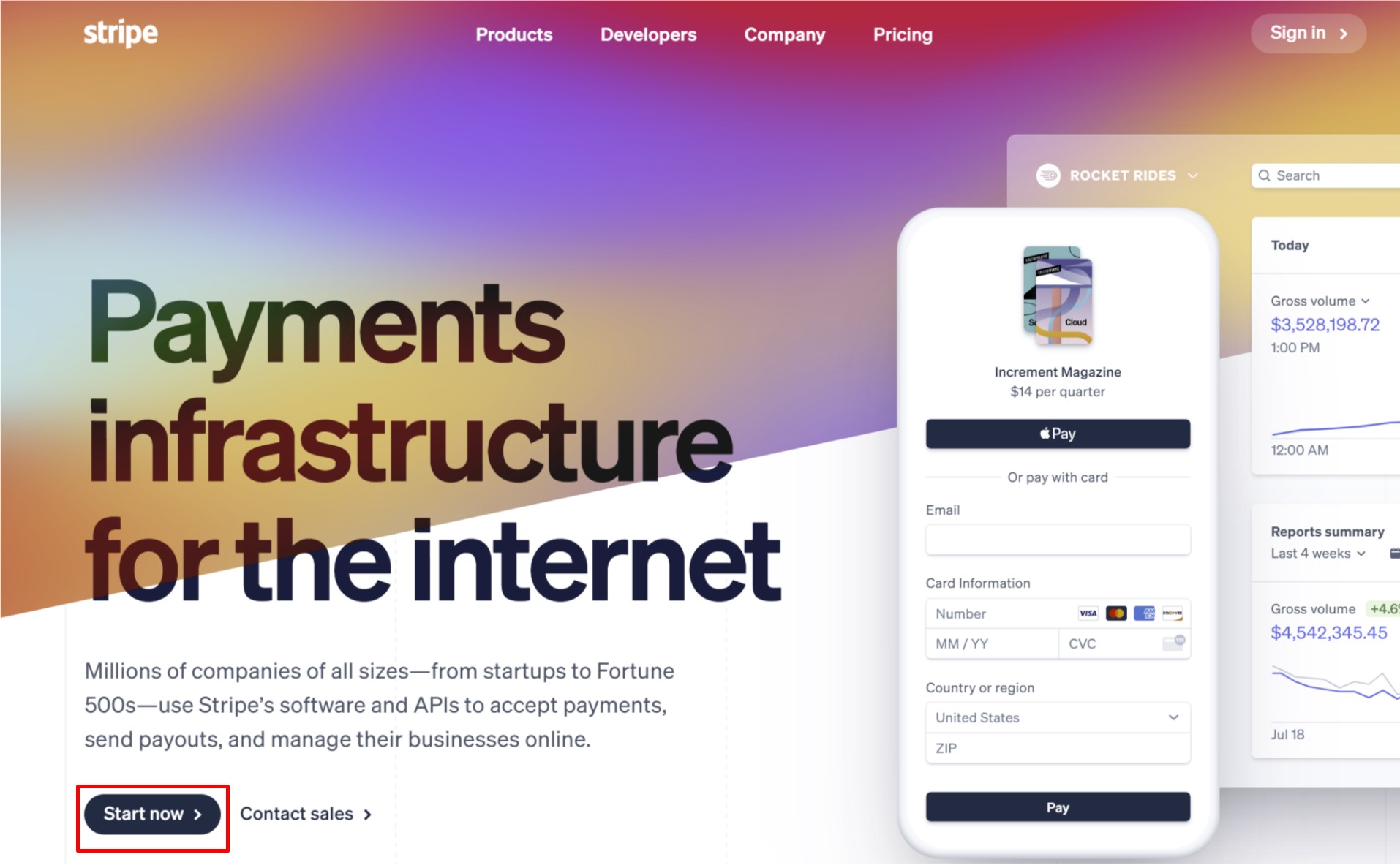 It looks pretty right? But a few points stand out as bad practice. First, the conversion button is in the bottom left, is dark colored, and is small relative to the rest of the page, easy to miss.  Second, there are manyother options for visitors to click on, as they have a full header nav on the page, as well as a second button (“contact sales”) next to the main button. By having many different choices, Stripe probably lowers the overall chance of a successful conversion on “Start Now”.  There’s also an issue in that the landing page text “Payments infrastructure for the internet” doesn’t match the ad text “Set up online payments with Stripe”. This also leads to less conversion.
On the plus side, the landing page for “Transparent Pricing” is somewhat better.
The information about pricing is clearly presented. However, the key details are still below the fold, and we have dueling conversion buttons. 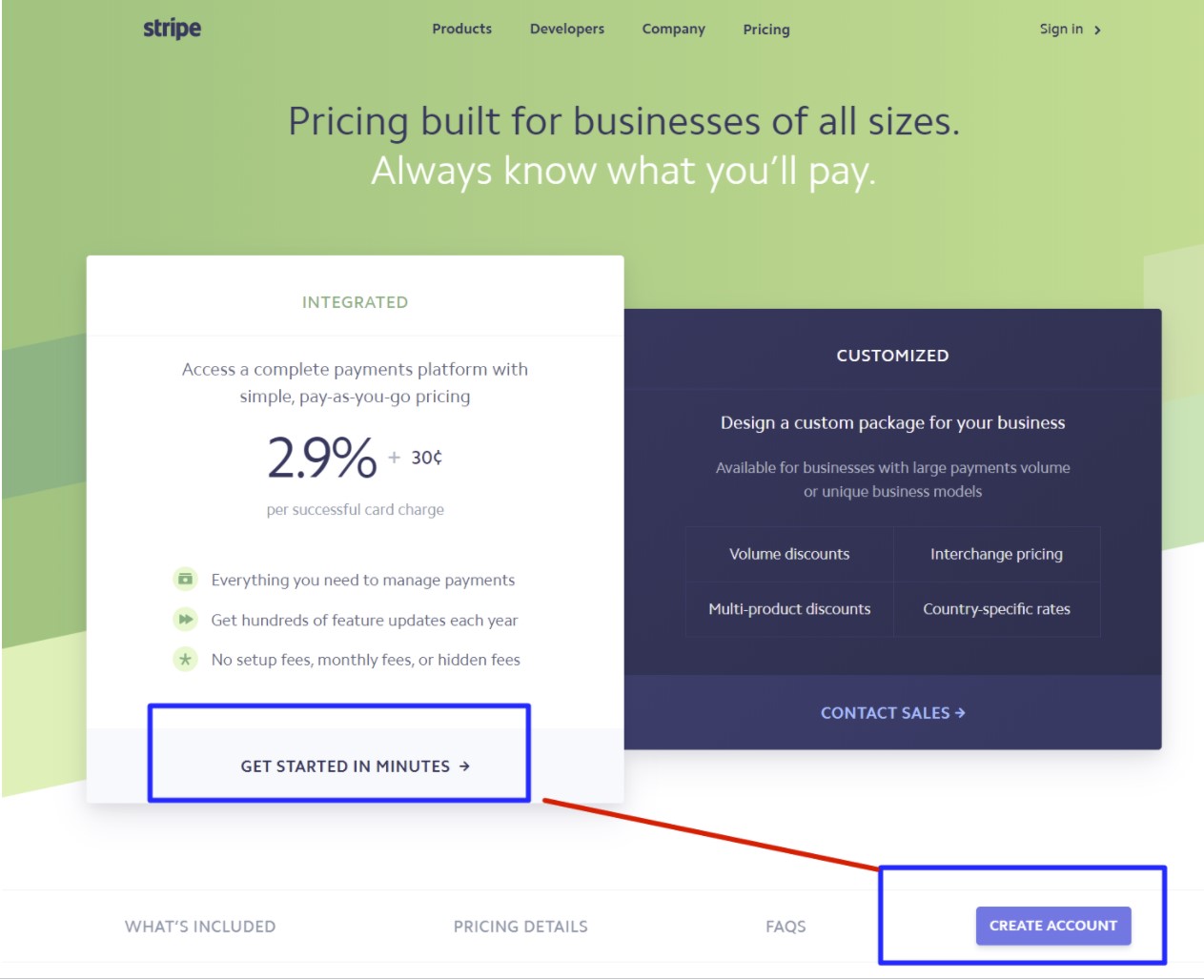 While Stripe is a great brand, its SEM could use a more focused approach. Both the ads and the landing pages could more clearly state its value proposition and key benefits to customers that don’t know its brand already.
Agree, disagree, have comments?  Let me know.